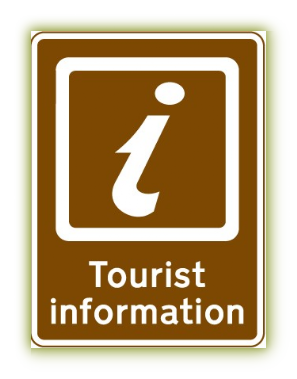 Ligurian cooking has the deserved fame for being very healthy.   The reason for this is that all ingredients are native and fresh: what was for years the simbol food of the native population has become a culinary delicacy.    In prime position there is the fresh fish: the anchovies have a nearly mythical purpose and the fish soup is a very special delicacy.     The "Farinata" remains a hit, it is a crépe made of chick-pea flour and olive oil, baked in a wood-bumming oven;  minestrone is a typical Ligurian vegetable soup prepared according to ancient recipes, and naturally the "Pesto". This raw sauce is now the symbol of Ligurian cooking and consist of fresh basil, garlic, olive oil, pine kernels and salt.  Divine is "spaghetti al pesto" especially when the noodles are home-made and cooked together with green beans and potatoes.   Also the "torta pasqualina",  the chestnut cake,  the "pansoti", big ravioli as per a medieval recipe,  fried zucchini flowers,  Ligurian mixed-vegetable grill   and much more.

The particular combination of sea and mountains makes pleasant excursions possible in the Tigullio Gulf or breathtaking tours on marked paths over the hills of the Apennines between olive groves and pine woods, up to the height of 2000 metres.
If You are fond of walking, there are more paths to follow on the Natural Regional Portofino Park and on the "black gold" route which leads to the slate quarries in Val Fontanabuona.   In the interior with its valleys Fontanabuona, Aveto, Graveglia, Sturla e Petronio one encounters the still typical farming culture, the scenery is characterised by its chestnuts, poplars and pine woods.   Numerous marked and well cared for tracks lead to historical villages, there are also the enchanting lakes of "Agoraie" for botany lovers, a Scandinavian island in the Ligurian Apennines between the community of Rezzoaglio and S.Stefano d'Aveto. The small lakes originating from the Ice Age are quite unique - the Lake of Firs is wonderful - having a very uncommon plant and animal world. Only accompanied sight-seeing tours are possible; for further information contact the Forestry Commission of Rezzoaglio.
The slate trails: two trails make up a ring route through the historic slate-quarrying area. Various ancient uses of slate in nature are set in evidence along the itinerary and in Orero in a  well preserved quarry making it possible to illustrate the most ancient quarrying systems together with the relative transportation techniques.
alta via dei monti liguri

PORTOFINO:
an international star in the holiday-making world. Evocative of the most exclusive jet set rituals, yet also the most intact authentic environment in the Mediterranean area.  A veritably intoxicating mix of sensations.


SANTA MARGHERITA Ligure:
one of the most elegant seaside towns.   A masterpiece produced by the simple and sophisticated culture of Liguria.   It boasts a long-standing tradition of hospitality.


RAPALLO:
a famous marina, golf club, riding centre, beaches and cultural events.  Well-run facilities, offering a warm welcome for all seasons.  Blessed with a climate that enhances the blue of its bay and the olive-groves that cover its hillsides.


ZOAGLI:
serene beauty, tranquillity and the crashing of waves against the rocks.  Its fascination lies in its precious simplicity.  A secluded and privileged spot from which to admire the spectacle of the Tigullio Gulf.


CHIAVARI:
a small town where You can find everything.  Its old town is of rare beauty, with its fascinating shops, its vibrant social life, its historical centre with arcades  and, of course, the sea.   A  pleasant place both to visit and to live.


LAVAGNA:
the beach at Cavi stand out for it. For the surprising freshness of the sea and its green hinterland this piece of Liguria offers great fascination at its most authentic .


SESTRI LEVANTE:
the  Silence's Bay, the Fairy tale Bay - two arms of the sea embracing a village suspended in blue. A slender tongue of land connected to the coast, like a ship reluctant to set sail now that it has found the most beautiful port.


Castle and churches, Roman bridges and palaces of the nobility, cloisters and medieval villages between the sea and the mountains invite on a wonderful art tour.
Medieval times can also be discovered in the historical centres of the towns of the Riviera as well as in the valleys surrounding them; one travels between vineyards and castle, built up through the power of stone, You can follows old trade routes, which were so important for the development of the area.


Why don't you take advantage of a day to visit further beauties?
Genoa, the "Superba", is only a stone's throw away. A sea-town of art, with its aquarium and "Palazzo Ducale".
Don't   miss the magic atmosphere of the "Cinqueterre" (the five lands), with their fishing villages resembling ships fit out to sail.
Have a trip by boat Rapallo-S.Margherita-Portofino-S.Fruttuoso or   Sestri Levante-Lavagna-Chiavari-Portofino-S.Fruttuoso, by night too, or Tigullio-Cinque Terre.

Nowadays old centuries tradition offers small works of art: macramé, a knotting technique, whereby threads are knotted into ornamental patterns, and which dates back from the Bronze Age, the famous chairs of Chiavari which "weigh only one kilo but can hold 100 kilos".
Slate products, objects, sculptures..... realized in Fontanabuona Valley.
The village of Lorsica creates a stir for the Damask fabric produced there by a craft concern on ancient looms with remarkable results.
Solid wood kitchens, wardrobes, restoration of antique items are some of the Fontanabuona specialities.
Rapallo is specialized in a lovely hand-made tombolo laces works.
In Zoagli ancient silk factories Cordani and Gaggioli with store annexed.
In Chiavari, don't miss, during the second week-end of every month, a busy antique market.               And much more.

Various museums tell the cultural history of this part of Liguria dating from stone Age to today.
In Chiavari the archaeological museum shows findings from the Palaeolithic, the Diocesan museum contains paintings, statues and clerical cassocks, the "Historical Risorgimental Rivarola" museum tells the origin of italian unification and in the Palazzo Rocca Civic Gallery furniture and paintings can be admired.
In Rapallo You can find Merletto Museum, Gaffoglio Museum, ...
In Sestri Levante, in Rizzi Gallery a collection of paintings, books, furniture, bronze works, ceramics and drawings can be viewed; crystals and minerals in the "Parma Gemma" museum of Casarza Ligure.
In Lavagna the Alloisio Collection with rare archaeological findings from ancient Tigullio, Casa Carbone, ....
In Ferrada di Moconesi the Slate Museum is a great museum for reconstructing, through documents and objects, the history, culture and processing of slate in Fontanabuona Valley.
And much more You will discover on the spot.

Due to combination of sea and mountains the region offers a multitude of sports and leisure time possibilities.
FISHING:   sea and river, butYou need fishing permission.
TENNIS:    numerous covered and uncovered tennis courts and tennis halls in all towns.
SWIMMING:    in the sea (sandy beaches and cliff-lined coasts) and in public open-air or indoor swimming pools.
DIVING:    in Zoagli and in many other resort to go especially in Portofino Park and protect marine area.
SAILING:    perfect wind conditions provide for breathtaking and adventurous experiences; sailing schools in every marina.
WATER SKIING:    in every marina resort.
BOWLS:    in every town.
RIDING:    many tracks in the free nature, under guidance or by Yourself.
GOLF:       18-holes Rapallo Golf Club.
MINI-GOLF:    in Rapallo and some other towns.
INTERNATIONAL YACHT HARBOR:   Lavagna, Chiavari, Rapallo, S.Margherita and  Portofino.
BOAT HIRING FACILITIES:   in Chiavari and Lavagna marinas.
SKIING:    from december to April in S.Stefano d'Aveto there is the possibility to enjoy Alpine and cross country skiing. A cable car to 1.800 mt. and three tows are available.
NATIONAL and REGIONAL PARKS:   many regional and national parks - see links in tourist route here or in Tigullio Gulf page.
TREKKING:    from every town on the coast and in the hinterland it can be leftfor wonderful hiking trips with the possibility to chose between a wide range of difficulties.Proper equipment is required.
SHOOTING:    in Rapallo target shooting and trapshooting and in Favale di Malvaro, too.
VOLLEY

The field of the cultural events of the Tigullio Gulf is truly very rich in calendar: traditions melt with celebrations, supported by fireworks and music, as well as with many cultural and historical shows.  Some take place every year, others only sometimes and depend on the location.
Shopping is an adventurous experience in all resorts, a leisurely stroll under the arcades or in the fascinating narrow streets.
You can find boat trips in nearly all resorts for beautiful excursions towards other Ligurian villages.